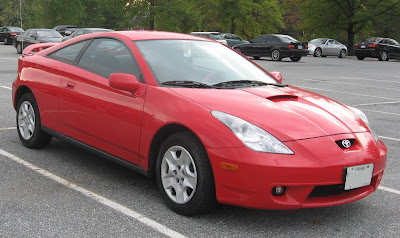 Posted by Mike Super at 4:39 PM No comments: 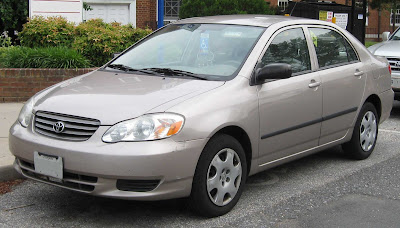 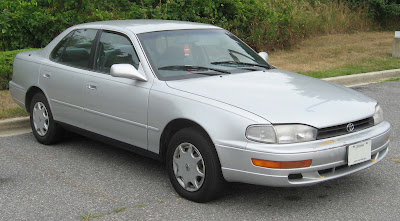 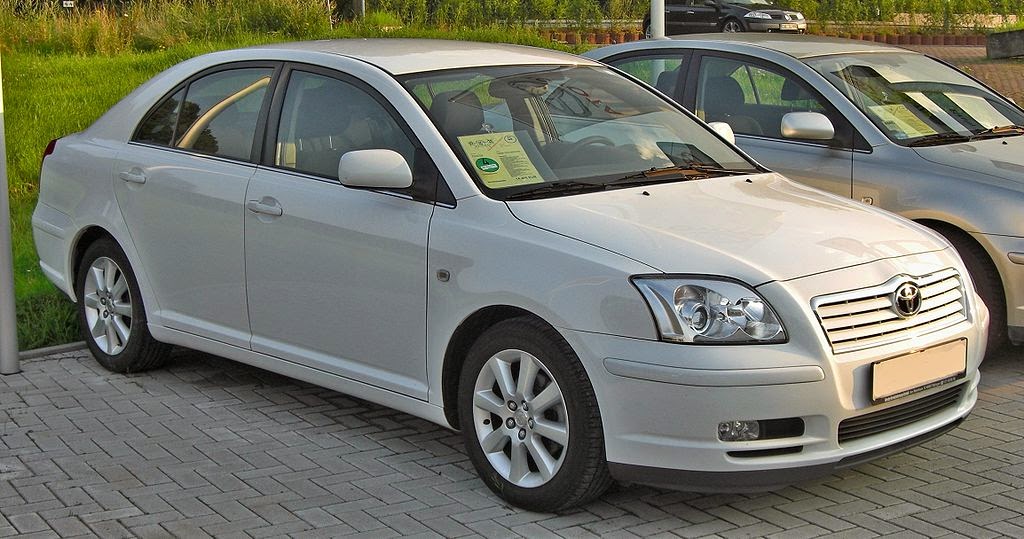 UK-spec 2004 Avensis
The second generation Toyota Avensis (model code T250) was launched in early 2003 in an all-new format; this time it offered more in the way of driver involvement and visual appeal. Like the Toyota Echo and Toyota Corolla, it was penned by the company's design studio in France.[3] The 1.6, 1.8 and 2.0-litre petrol and 2.0-litre turbodiesel engines were carried over from the previous Avensis, and the 2.4-litre four-cylinder from the Camry was also added to the range. This was the first Avensis to be exported to Japan. Due to the Camry Wagon ending production, the Avensis Wagon is exported to New Zealand, in both 1.8 and 2.0-litre forms. In Britain, there were no 1.6 versions available.

In the 2004 European Car of the Year contest, the Avensis came in fourth place behind the; Fiat Panda (Winner), Mazda3 (Second) and the Volkswagen Golf (Third). However, it won the 2004 Semperit Irish Car of the Year. What Car? also awarded the Avensis as the "Best Family Car" for 2004 and 2005.

Following the withdrawal of the Toyota Camry in 2004 (2005 in Switzerland), the Avensis became the largest Toyota saloon sold in Europe.

Trim levels in the UK are the T2, T3-S, T3-X, T4, T Spirit, T180 and the TR. There is also a special edition, based on the T2 called the Colour Collection. In Ireland there were five trim levels – Terra, Aura, Strata, Luna, and Sol.

This is first and only one generation of Avensis sold in Egypt and Morocco, not in Persian Gulf countries.

From 2005, the 2.4L version was fitted with a 5 speed automatic transmission.

The Avensis Verso continued to be available alongside the new Avensis until 2006. A replacement to take over from the Avensis Verso, Toyota Previa and Toyota Sienna has yet to be unveiled, but is rumoured to feature Toyota's 2.2-litre D-4D engine.

The new facelifted Toyota Avensis became available in June 2006. Some changes from the old model are the inclusion of turn signals in the side mirrors, an MP3/WMA/ASL-ready audio system, new front bumper, and a new grille. Interior materials and cloth seats have also been changed for 2006. Its multi display with on-board computer will be integrated in optitron display and is navigation ready. Also added are automatic headlights and a height-adjustable front passenger seat.

The most notable mechanical difference is the addition of a 124 bhp (92 kW) D-4D engine. This, coupled to a six-speed manual gearbox, has lowered fuel consumption, emissions, and gives a quoted 0–60 mph time of 10.5 seconds.